One of the best things about Shop Titans is our wonderful community of guilds who impress us every day with their creative shops and smart strategy in game. To celebrate some of our notable guilds, we are starting a new series we’ll call “Top Titans.” Top Titans are Shopkeepers and their guilds who are exceptional in their strategy, creativity or skill in game. They may be stars of the leaderboard or members of a growing social guild created by a group of friends. We love to share stories about the gamers who make Shop Titans a great place to hang out with guildies and friends.

Our active community and friendships created through the game are what make Shop Titans awesome! Hint: For those who love to play with their BFFS, keep an eye out for updates soon that add even more ways for players to help and interact with their guildies and be rewarded for doing so.

With that, we’d like to introduce our first Top Titan interview with LUMiNESCE! You may better know them as Angela in the Shop Titans Discord. If you haven’t joined the Shop Titans Discord yet, hop on over to join in the discussion. It’s a great resource for information and tool for recruiting for your guild or finding a new one. 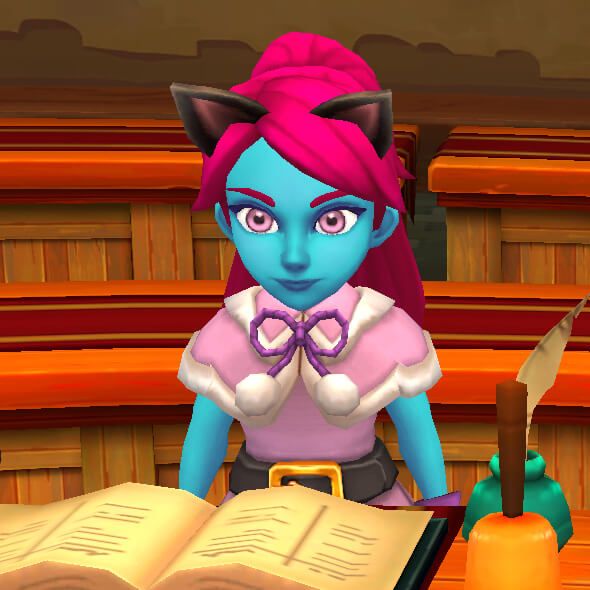 Tell us a little about yourself and how you got started playing Shop Titans.

Hi! Most people know me as Angelalala, I'm... who am I? Oh, yeah. Angela. I don't exactly know why I put lalala's there, I'm prolly just really carefree! I found the game through an ad, probably from instagram. Who knows? I've been here for way too long!

Tell us about your guild. How did it start and how did you get involved? Your guild is pretty highly ranked, did you intend to play competitively and make your way to the top of the leaderboards?

I've been playing since late March or early April of 2019. I've been through different guilds and all of which are or made it into the top 10. One was Ranked 1st during soft launch, one had the first Level 17 training hall in the game, and one has the most progressive players in the game compiled in one house~ but I am never the competitive type. I just like to play and keep playing with the time I have. I used to have too much of it while on a break from school, but I didn't do it to keep a rank or to get one. I just love the game that much (and the people in it!)

How does your guild go about recruiting players? Any advice for players looking to grow their guilds? What is the advice you’d give to anyone just starting in Shop Titans?

As i'm getting busier irl, I recently decided to make a new (very) casual guild called ✿ AG ฅ^•ﻌ•^ฅ I made it with one of my old guildies and set it to public. Our buildings are fairly low compared to what we're used to, but we're just here to play the game and have fun! Whatever your definition of "fun" or "game" is, to me it's just about being with the people you want to keep playing with for an extended period of time. We are currently around Rank 40s, composed mostly of new players. Similar to what I said to my previous guildies when they were starting, just take your time and don't mind the buildings yet. It's really important to invest not only on the shared buildings, but also in your shop through upgrades and slots! My advice to new guilds, especially guild masters is to avoid being too strict on their investments. Allow them to grow their shops and enjoy the game. Building a good guild with a great team is hard, but trust me, it pays off! :)

The best moments I've had in the game are a mix of gameplay and socialization. I've made a few friends and seeing their shops rocking it now makes me happy and proud. It reminds me of the days when they were still applying to one of my old guilds and they had less than 500M invested with cute shops. Time did fly, and I can't wait to have my new guildmates grow!

My personal favorite would be the decors! I love redesigning my shop, but it takes at least an hour or two to get a new layout. It would be great if we can have the option to save layouts, copy and paste parts of it to another, or have undo and redo buttons. I also love how we get new floor and wallpaper options for major holidays! Since I like taking screenshots of my shop, maybe we can have in-game cameras to take the best screenie, too!

I will only eat pineapples if they are on pizza. Did I already tell you I met my boyfriend in Shop Titans and we're great at running guilds together?! Well, just like us, you can't put pineapples and pizzas on a separate box! It will never be right or complete without the other! Fight me!

Thanks again, Angela for sharing with us about your guild and journey in Shop Titans.